History and structure of AEGEE

AEGEE was established in Paris on 16th April 1985. This year, there was a conference led by Franck Biancher called EGEE 1, which aimed to overcome the paralysis of Europeans. The conference soon evolved into a youth organization, originally called EGEE. 1988. In 2004, the current name was introduced to avoid coincidence with the French company of the same name (EGEE). Since then, the network has developed rapidly.

After the fall of the Berlin Wall, progress was also made towards the east, and this development has not ceased until today. Currently, the easternmost branch is Ufa, located on the western slopes of the Ural Mountains. Further development included becoming more serious and professional, even moving the headquarters from a small office in Delft (The Netherlands) to Brussels, where it is still located, so close to the various European institutions.

European institutions. The following progress is marked by the implementation of democracy-related projects; the massive emergence of new branches and a large number of local events in every corner of Europe. 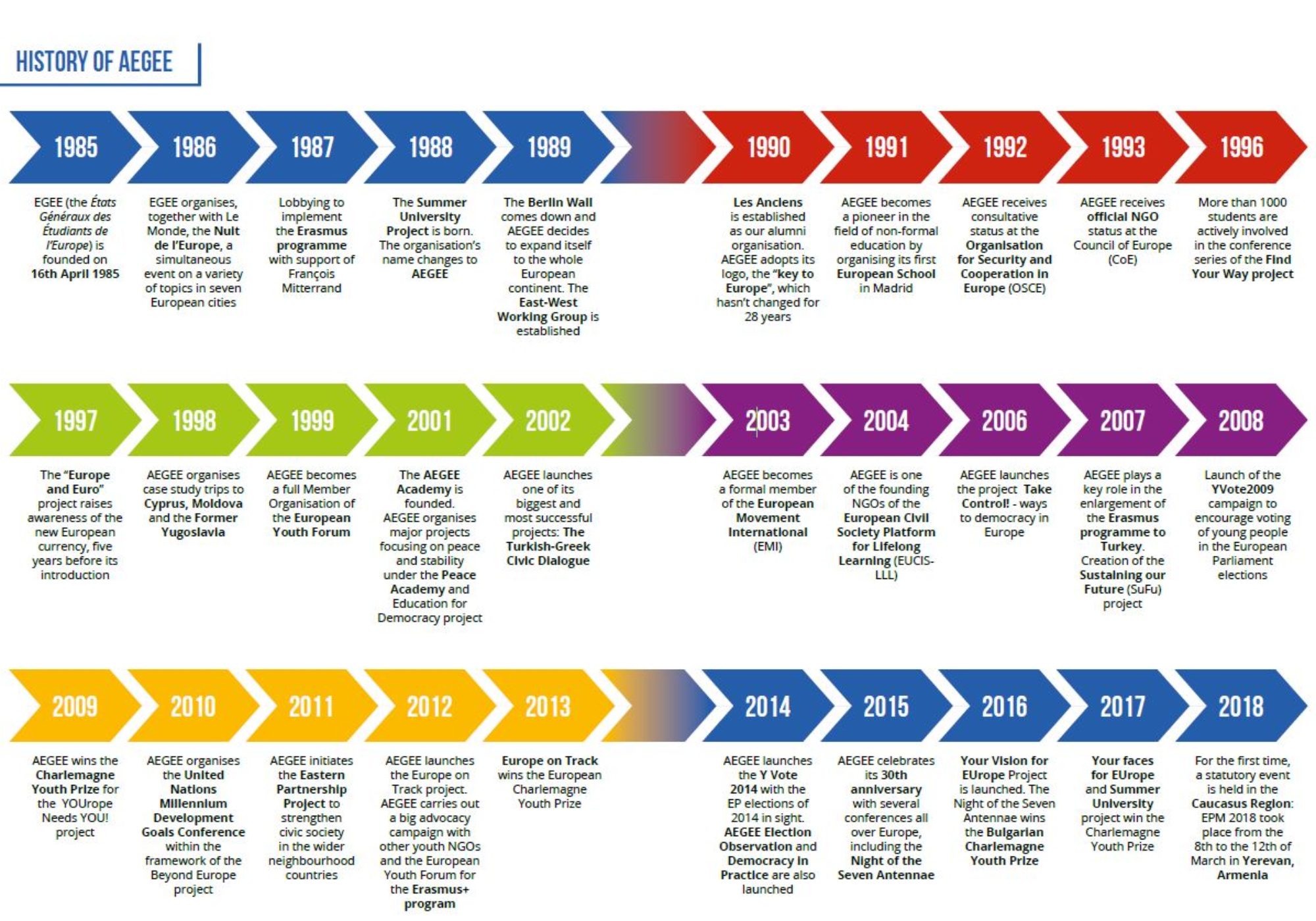 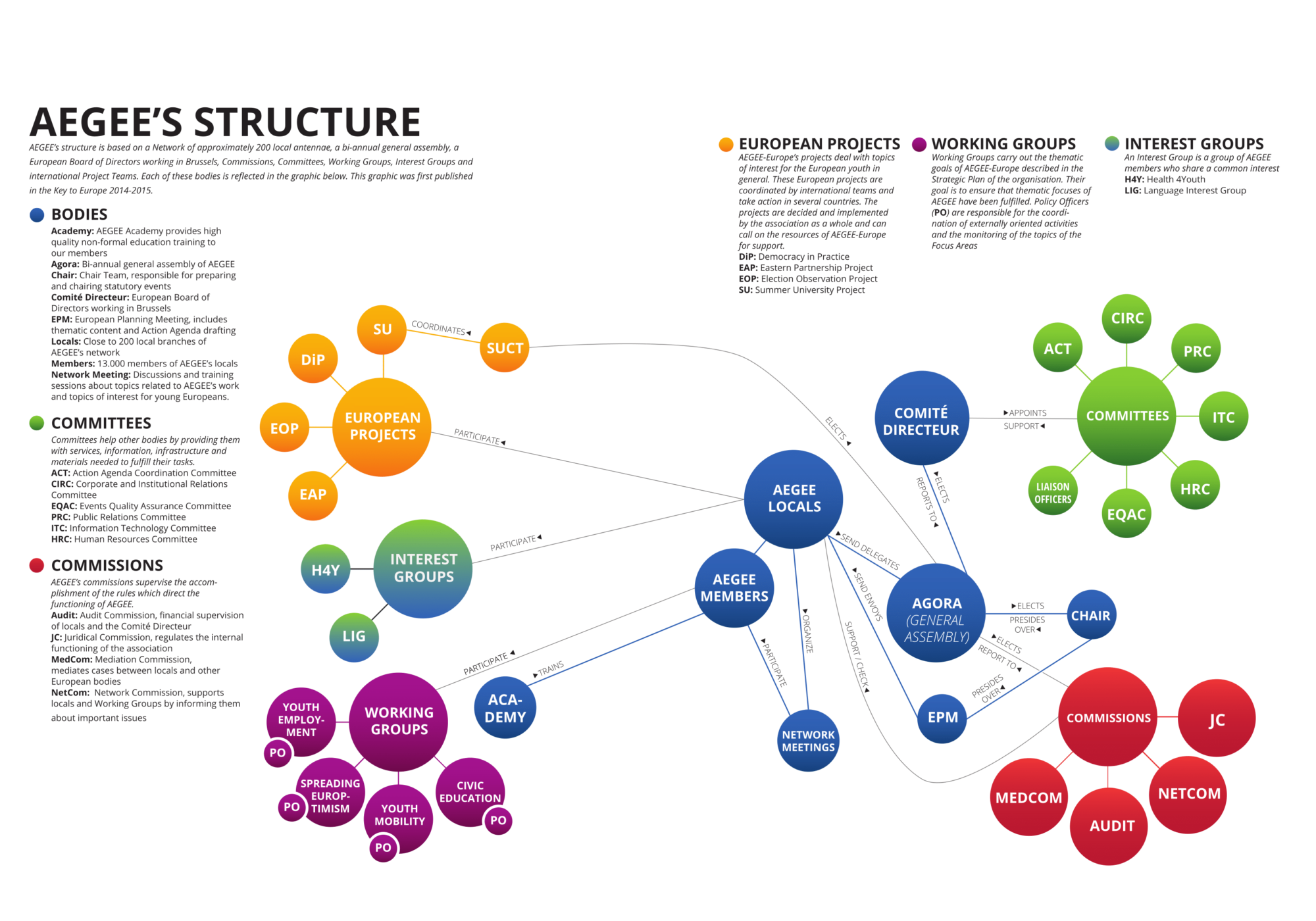